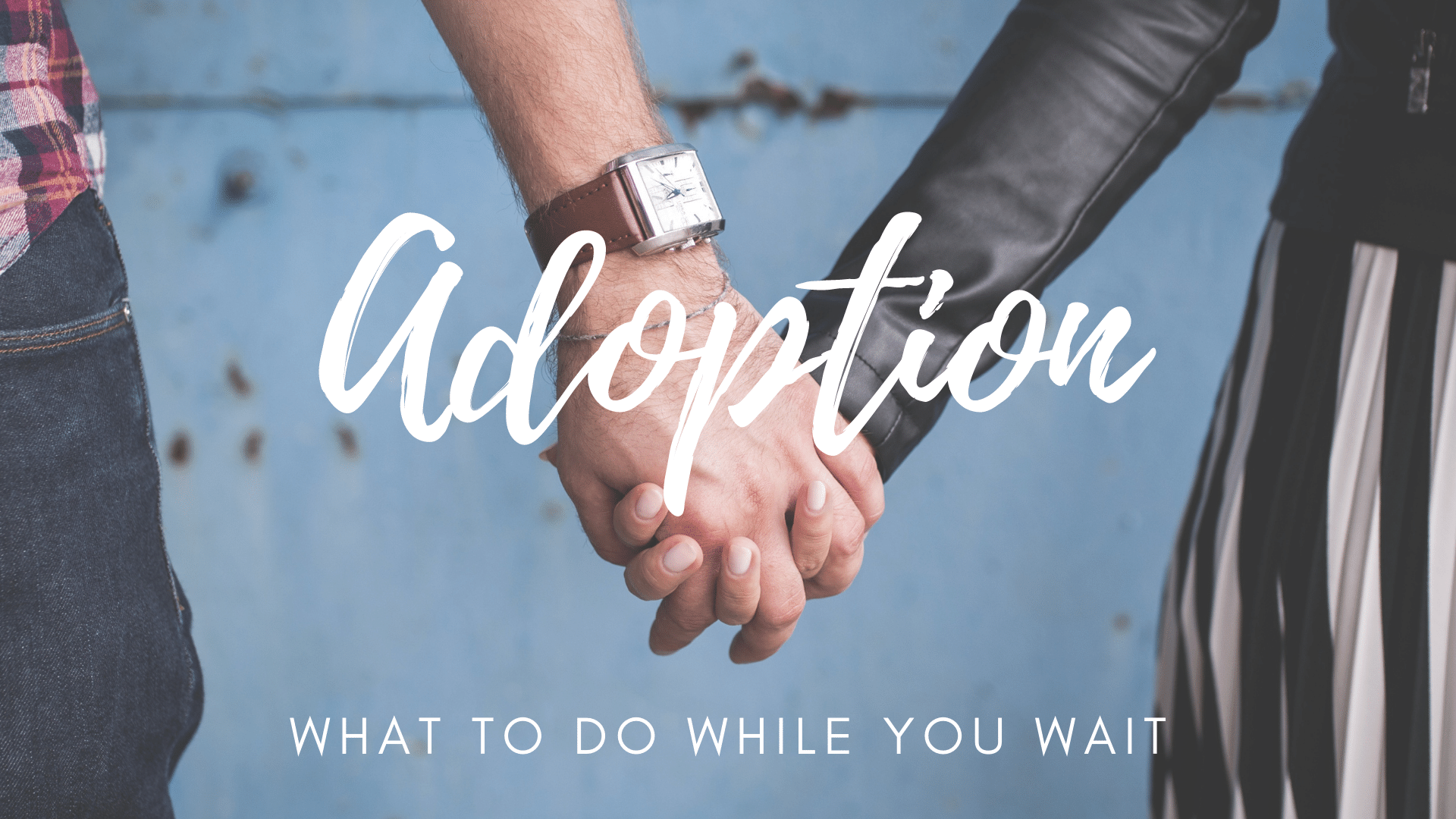 Growing Connection As A Couple While Waiting To Adopt.

You've made the huge decision as a couple that you're ready to become parents through adoption. You have had deep conversations with one other, weighed the hopes and the possible challenges, and you've made the choice to dive headlong into a process that requires a whole lot of you. There's the researching, the soul searching, the vulnerable dialogue with social workers, the debating about what child needs you feel capable of supporting, the painstaking process of crafting your profile and birth parent letter, restructuring your finances, and there's the paperwork.......don't even get me started on the paperwork. SO. OVERWHELMING. And that's just the adoption layer. You've also started to dream about things like baby names or what tweens like hung on their walls, created pinterest boards for room decorating ideas, researched all the safest and coolest gadgets (including that "must have" stroller you need a side hustle to afford and what bottle nipples have the highest ratings).

Been there. Several times. Two of those times resulted in us becoming the grateful and proud parents of beautiful and wildly different girls. We became a family.

It also made us realize what having a new addition to the family does to your couples relationship. We didn't think much about that part much (or at all) when we were in the thick of our waiting period. We felt excited (and yes, stressed out in waves). We were just hanging in a constant state of anticipating waiting for the stupid phone to ring. And let me tell you, we were never so painfully aware of how many phone calls we get that aren't the announcement of an adoption match - there were days, I'll admit, that we felt tormented by people calling for what felt like inconsequential things because "DON'T YOU KNOW WE'RE WAITING FOR OUR BABY?" Don't you know how our hearts palpitate hard every time we hear that sound!?

Here's what we found out that we weren't as prepared for as we would have thought: how my partner and I would manage the night feeds, how we were going to talk about building resentment when there was a little one in earshot and we were running on zero sleep. How we would negotiate significant differences of opinions about people touching our newborns, or who we would leave our precious kid(s) with when we so desperately needed a break. How we would stay important to each other in a "couples sorta way" - not just as co-parents. When one or both of us was feeling completely drained and overwhelmed, how we were going to go about finding a way through it without doing damage to the relationship. What new boundaries do we need? How are we going to handle the expectations of extended family and the heightened dynamics that emerge and leave you blindsided. What about when we realize a couple years in that we have strangely unique hopes and visions for our kids' futures? Who knew it would bring all sorts of challenges to the surface that we could have prepared for better if we had only known about them?

If you had asked us before our girls were placed in our quivering arms, we would have said, "we're so ready for this....we're so on the same page". We weren't lying. We were ready in so many ways. We read books, set up a room, baby proofed the house, made announcements to our families, talked about how we’d want to handle openness with birth families, and planned ahead for who would take a leave from work that first year. But we later discovered what important conversations we missed. My goal is to let you in on the secret of those missed topics so you can put in place family-securing scaffolding around your beautiful couples relationship. We'll address key foundational principles based on the Gottman Institute's world renowned research on healthy families and what makes couples stick together well. This is a step in your preparation process you won't want to miss.

Join me on this 10 Part series, preparing you for things you didn't know you needed preparing for. When you're slumped over the crib at 3am, attempting to soothe an inconsolable baby for the 6th time and trying to reassess how the parenting roles didn’t pan out as you thought they would, you’ll be thankful you did.

Check Out Our Checklist!

Need some help keeping track of all the things you need to prepare as you wait for the call? Check out our Adoption Preparation Checklist and stop fretting over what you might be missing! 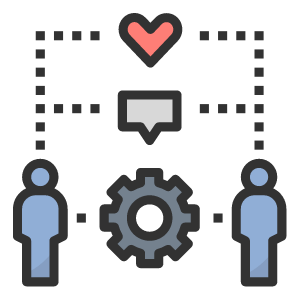 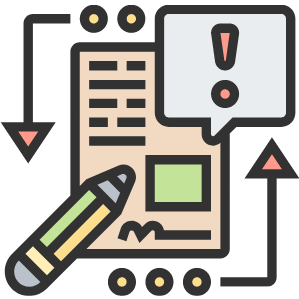 Have a Game Plan

You may think you've had the big conversations and that you have a solid plan for when your child joins your family - but do you have a relationship plan? Develop specific skills to support your relationship when times get tough. 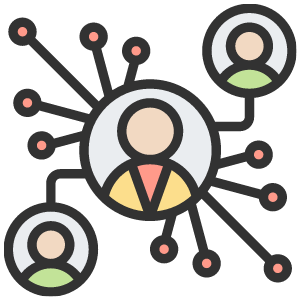 Create A Legacy of Care

Research shows that couples with healthy connection and tools to navigate the tough times offer their children significant skills to support their success in relationships and in life more generally.

Adoption: What To Do While You Wait

Join experienced child and family therapist, and (adoptive) mom-in-the-trenches, Karen Peters in this 10-part course. Designed for couples in the process of adoption, this course invites partners to strengthen their connection and develop a relationship game plan to survive the transition to parenthood with their relationship intact. Enjoy an engaging presentation style courtesy of an experienced adoptive parent that will equip you with the tools to create a legacy of care and connection for the family you are building. Make use of the time while you are waiting for the call to set your family up for their very best success. 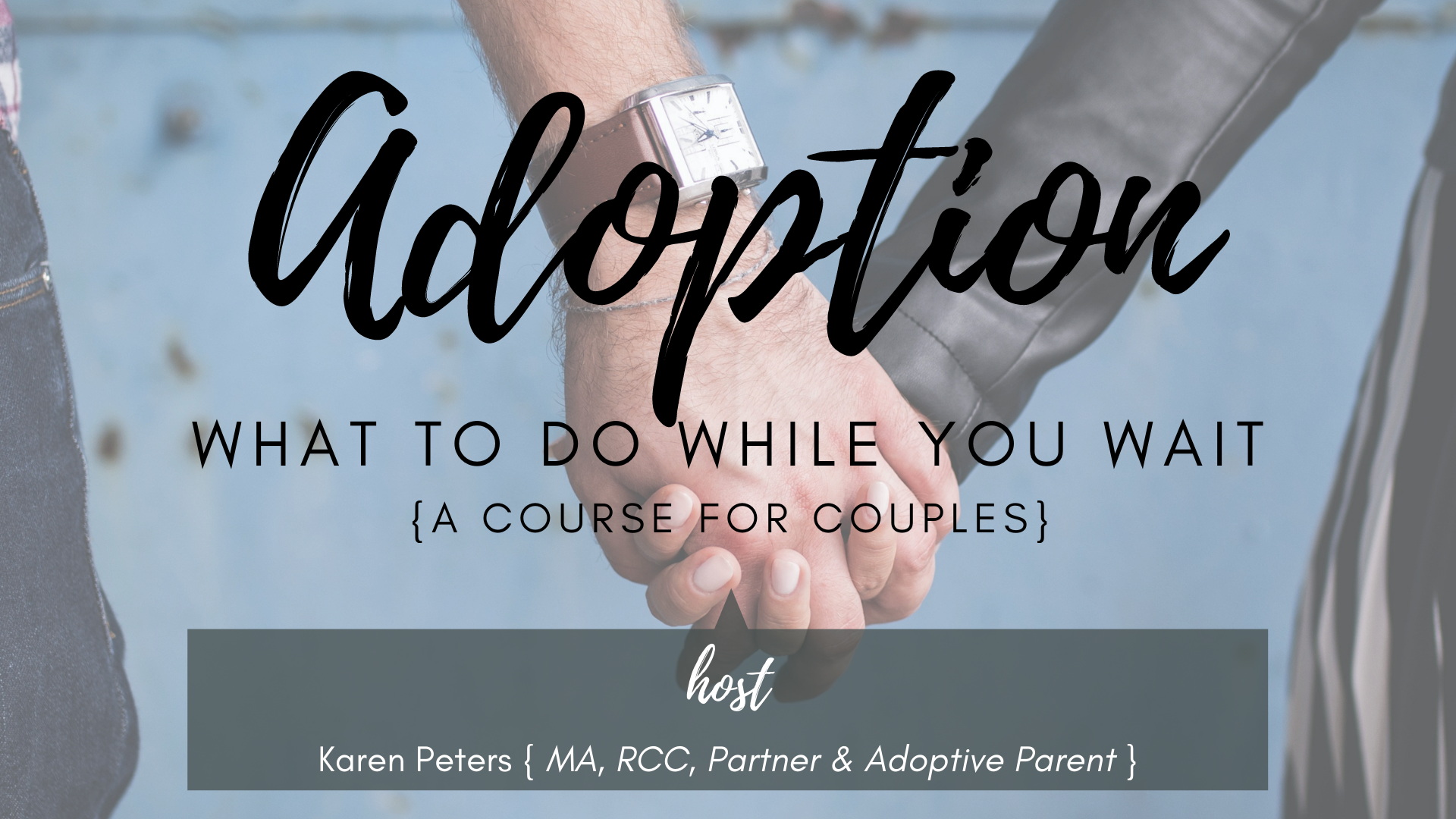 To be viewed by couples, the videos are packed with valuable information and exercises to shape how you think about your relationship. They will also equip you with tools to support your relationship more effectively, prioritize it even when you grow your family.

In this module, I will share about our adoption story, and we will connect to your own story that leads you here. We will look at getting ready to adopt, and what the research says about the challenges facing couples when they grow their family, particularly under the unique pressures involved in the adoption process. We will break down your expectations of this course and prepare you to be successful as you walk through the rest of the modules.

In this module we will break down the concept of Love Maps, derived from extensive research by the Gottman Institute. These skills are essential to strengthening connection and building a solid foundation for care - both for your partnership, as well as for your relationships with your child(ren).

In this module we will identify the challenges that put pressure on our partnership and can derail our relationship satisfaction and personal wellness. We will also break down tools for building deep care to sustain through the tough times.

Module 4: Turning Toward Your Partner

In this module you will learn how to invest in your relationship consistently and intentionally. You will also learn to apply these same skills to your role as a parent developing deep connection with your child(ren).

In this module we will break down what our brains need to feel connected and develop skills to invest well into our partner. These skills translate out of our couple relationship and into our parent relationship with our child(ren) in big ways.

No couples exist without some amount of conflict, neither do families. In this module we will identify ways to prevent conflict by investing well in building one another up with intention. We will also explore ways to regulate through conflict and prevent relationship meltdown, as well as learn strategies to solve problems when they crop up.

In this module we will explore your unique beliefs, hopes and dreams about what it means to be a parent, a family, and a partner in the midst of this transition to family life. We will also explore postpartum concerns (yes, for adoption too!!).

In this module we will explore ways to connect with your child(ren) and create rituals of connection to create a strong sense of safety and care as a family unit. We will also consider ways to preserve intimacy and romance as a couple.

In this module we will discuss resources and supports for you to draw on as you navigate the transition to family life through adoption.

In this final module we will address some of the important considerations involved in adoptive parenting including race, culture, family dynamics, navigating openness in adoption, etc.

In addition to the video series you will receive tools and exercises to support you in personalizing the material and deepening your learning. You will also be directed to additional resources and supports to ensure that you are totally equipped to be successful as a couple as you venture into family life.

Is Your Relationship Ready??

Grab our free Adoption Preparation checklist to help you assess emotional and practical needs before the big call comes.

You think this course looks great? Check out the family-friendly series of wellness tools created by experienced child and family therapist, Karen Peters. Dive into topics that impact families like yours. Allow Karen to join you in your living room, and support your family in learning and growing together. 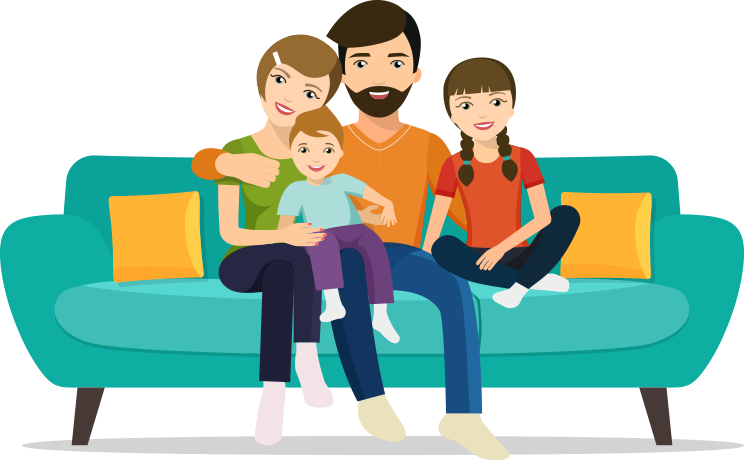 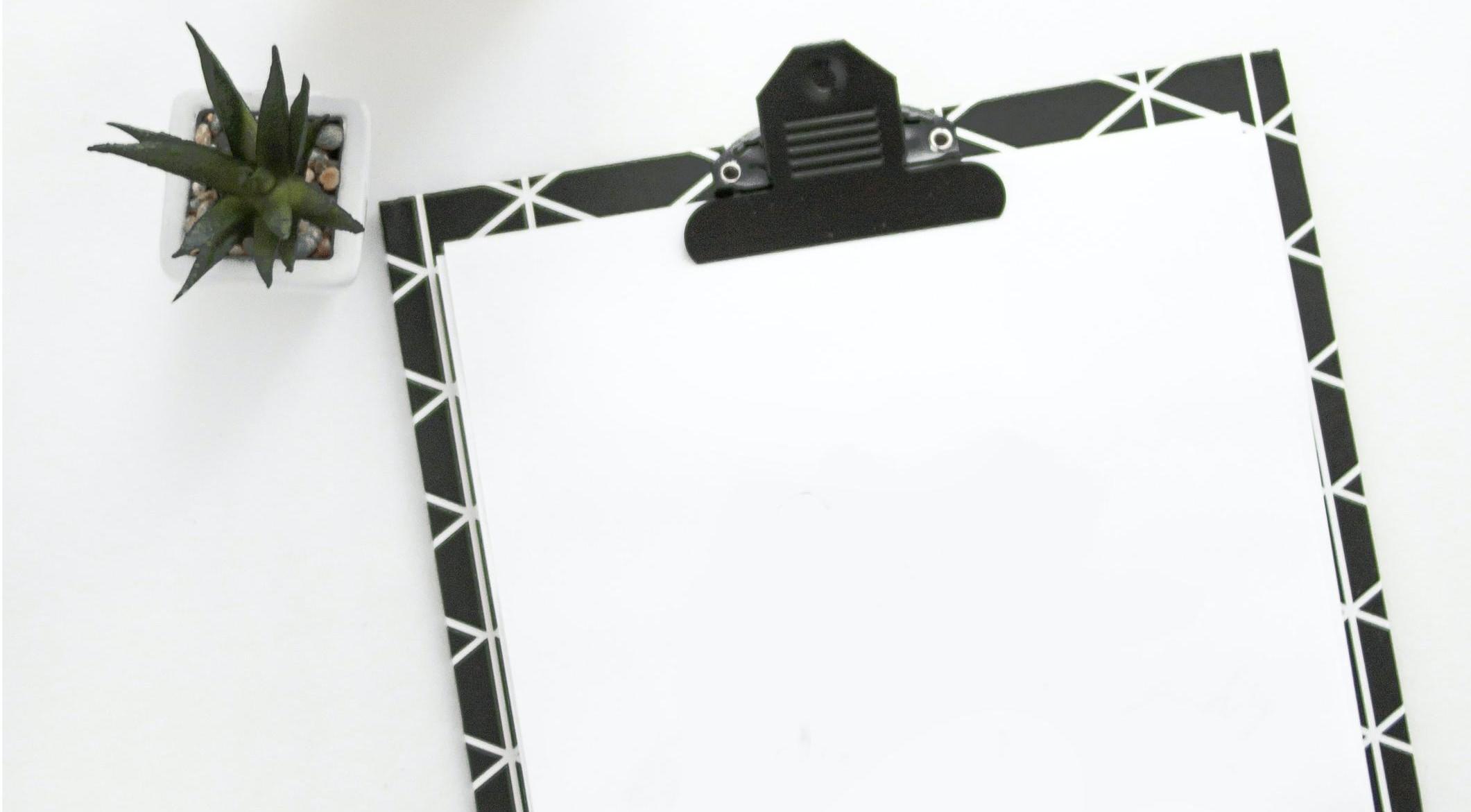 Get the Adoption Preparation Checklist!

Adoption is a big transition - lighten the load and let us help to walk you through what you need as you prepare for the big call.